Nearly 100% complete, one of a kind Packard 110 Club Sedan is being offered for the first time in the 40+ years that I have owned it. I bought it in the mid '60s as a parts car for a 1939 Six that I was working on but this '40 proved to be in much better condition so I kept it and sold the 1939 sedan. When I bought it, it wasn't even quite an antique yet! It is a low mileage and very, very solid car that would make an easy restoration.

Not shown in these photos, the front bumper and guards are included and, in fact, the bumper was re-chromed many years ago and has been off the car and in the garage for most of the time. The other front parts, such as parking lights and headlight rims that are not shown on these photos are also included. The grille comes with several original sets of bars that should be enough to get a good set needing replating and the grille frame has fresh chrome already.

Sold new by the Packard Seattle Company as stamped on the dash plaque, I also bought it in Seattle so it had remained in the area most of its early life. I lived in nearby Bellevue where the car became one of my regular drivers and remained one when I moved and drove it to San José, California in the early '70s up until I decided to do a better restoration sometime in the late '70s.

The sheet metal was completely stripped, primered and some minor body work was done here and there at a body shop in the '70s, and the rear quarter windows were blanked in with steel to make it into a club sedan. The hood was replaced due to warpage of the original during sand blasting and the body was sprayed once in primer and lacquer since I knew it would be in storage for a while and I wanted the body to be protected. The fenders and grille shell were left in primer when it went into storage.

Late year model. This car has late 1940 bumpers and an early 1940 trunk lid with an early 1940 engine. This is, in fact, a later car but the original lid had some damage so it was replaced with one from an early '40 one that I already had. The original lid is available, though, and I also have another professionally rebuilt engine from 1941 available at extra cost. The differences between the early and later cars are that the early cars had bumper ends that were squeezed down and a chromed steel Fleur-de-lis on the trunk, while the later ones had flatter bumpers and a small stamping in stainless steel of the Packard grill on the trunk lid.

The engine has been fully rebuilt and has ZERO MILES on it, being run only to move it around my storage area before I trailered it home and into the garage about 17 years ago where it has remained ever since. The transmission and overdrive unit were also rebuilt and new u-joints were installed. This particular car did not originally come with overdrive but the unit installed is proper for the year and model, although it has the non-overdrive rear end gear ratio, and needs the O.D. wiring and relay. During the time I used to drive it, it also got all new wheel bearings, brakes, exhaust, all four shocks (the fronts were rebuilt), etc.

Its original body color was a very bright blue but it had been repainted yellow sometime before I bought it. In the '60s I repainted it in black lacquer, re-chromed most everything and even had new grill bars and hood louvers made at a local shop where I lived in Bellevue, Washington. The body is rust-free and damage-free although it might have some rust beginning at the bottom outside of the front doors where it's easy to repair. Apparently the body shop sealed over the drain holes but fortunately it was stored outdoors for only a short time after that and is indoors now.

The original interior color combination is rather very unusual and was two-toned from the factory. The seats where dark blue front and rear, and the rear compartment window moldings were also painted blue. They had no sign of ever having been wood-grained even though the front door and windshield moldings were wood-grained. I have not seen any references to any others having been built this way nor have I ever seen another in all my years of collecting Packards. I had the seats and rear arm rests reupholstered in maroon broadcloth to the original pattern back in the '60s because I had planned on painting it maroon with black fenders (a non-original combination) but these are in shambles again from just sitting. However, I still have the original seat upholstery boxed away and it is included with the car as a pattern.

Mechanically, probably needs very little since most everything has been rebuilt or replaced with new, although the tires are shot from sitting and the fuel system likely needs flushing by now. The engine was run so little after the rebuild that its timing and carburetor mixture haven't even been set so would need to be done before running the engine much.

Turnkey: if you are looking for a restored car, I can possibly help by using my familiarity of Packards in general, and this one in particular, to have it restored for you to be sure it is done properly.

Note: some small parts may need to be shipped later if you pay shipping if I cannot readily locate them.

Payment to be made by way of either personal or corporate check drawn on a U.S. bank (either must clear before car is released, allow 10 to 15 working days). No cash, cashier's checks or money orders but PayPal is okay if you are prepared to pay their fees on top of the price, which will be billed separately. Car to be picked up within 30 days or storage fees will be added but if you need more time, let me know before committing so that arrangements can be made. Transportation, registration, smog certificate and other related fees, if applicable, are the responsibility of the buyer. Clear California title.

I have tried to describe it as accurately as memory allows. Current mileage of 57,910 * is believed to be accurate and it has probably NOT gone around already because it was low mileage when I bought it in the '60s and hasn't been driven much since, and the original engine had no wear to speak of. That said, it is being sold as-is, where-is so if there are questions, please contact me and I'll do my best to answer. The car is located in the East Foothills/Alum Rock area of San José, California. I'll quickly answer any and all questions by email and if you are interesting in buying you are welcome to arrange to look at it during a weekday or most evenings (I am unavailable Friday afternoons and weekends) but no calls or tire-kickers, please. 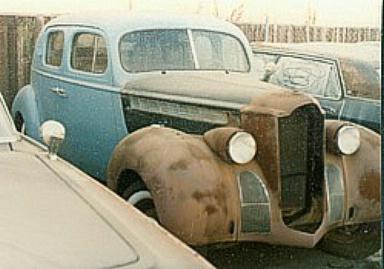 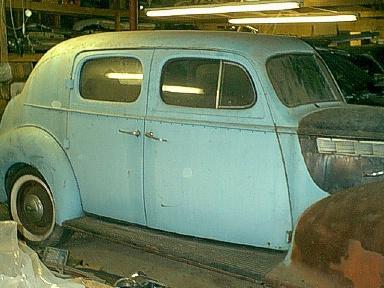 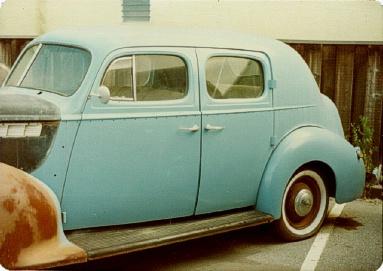 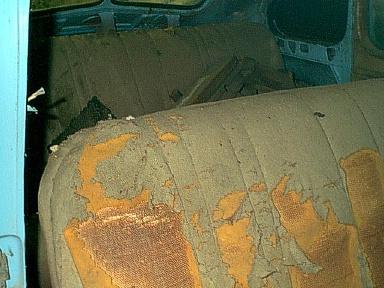 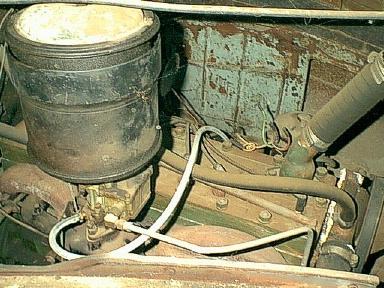 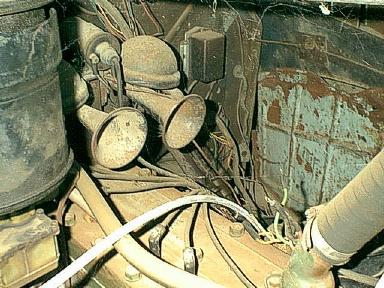 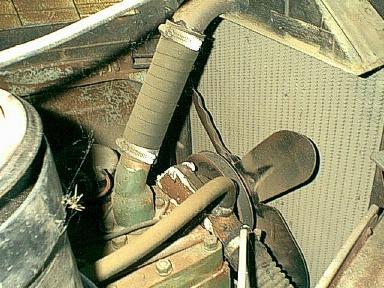 Item For Sale (this has been sold)
Price 3,999.00
Contact Don Pierson, Santa Cruz, CA for details