Currently stored indoors where it has been sitting untouched for many years and needing a full restoration, this coach is nearly complete and has many rare accessories included. The original 356 flathead straight eight was replaced by a previous owner to a Packard V8, which is still installed but currently does not run. (Maybe it does run; I never tried starting it.) An original engine from another 1948 Henney is not included in the price but is available in a nearby town (I do not own it).

Before I bough this coach about thirty years ago, a previous owner had tried to convert it into a camper by removing all the mound and table hardware so the mechanism included came out of a different coach of the same year. Some of the plywood used in the mound is missing, however, so will need to be made.

The Henneys of this vintage were in the full Packard SENIOR line (similar to the Super Eight and Custom Eight) and used the mighty 356 cid engine with the eggcrate grille. This differed from prewar Henneys and those built after 1950 which used Senior trim but had smaller junior engines.

As mentioned, this coach is in the garage where it has been stored for close to twenty years but it is somewhat hard to access. Work will be required to extract it, which will require help. 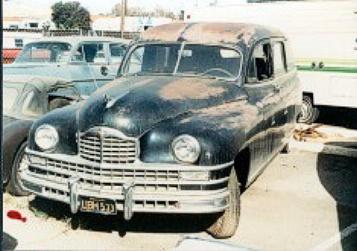 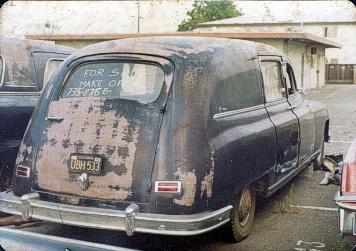 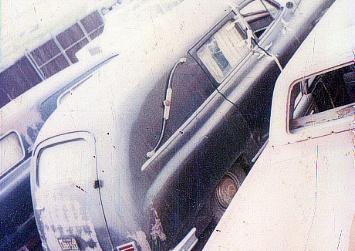 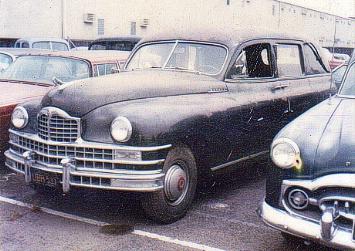 Item For Sale (this has been sold)
Price 1,775.00
Contact Don Pierson, Santa Cruz, CA for details