Hood, front clip, bumper, doors and trunk lid were removed from the car so that it could be repainted properly. The seat cushions were replaced with better ones with head rests from another car of the same year and model, the only difference being that the replacements had the factory headrests and were a different color. After some sanding and other detail work was begun, I allowed myself to be side-tracked and the car has been sitting, untouched, in the garage for over fifteen years. It is time that it had a new home and some TLC.

It needs the dash padding and windlace replaced and some of the vinyl cleaned or redyed but otherwise has a good interior. It could use new carpeting. It needs, of course, painting and reassembly. The only rust is in the removable panel between the trunk lid and the roof base, a weak spot on the Imperials of this era but otherwise it is a good solid California-car condition. Its original color is a light blue and it had a white vinyl top. Car is being sold AS-IS, with no warranty either expressed or implied.

I apologize for the awful photo. It turns out that all I had was an old, tattered Polaroid snapshot, which is what I used here. The car itself is completely wrapped up for protection while it's outside so would just look like a blob if I were to photograph it now. 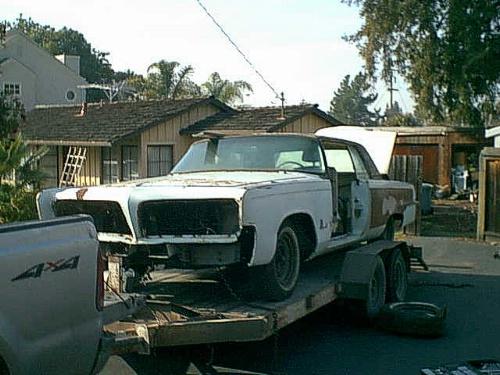 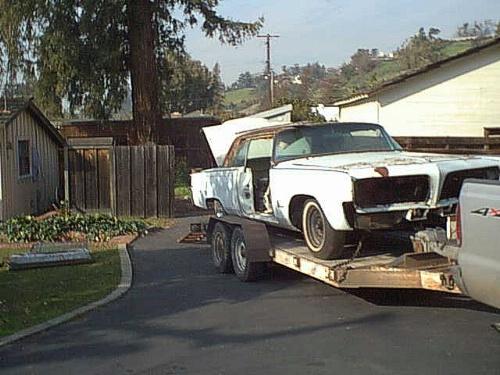 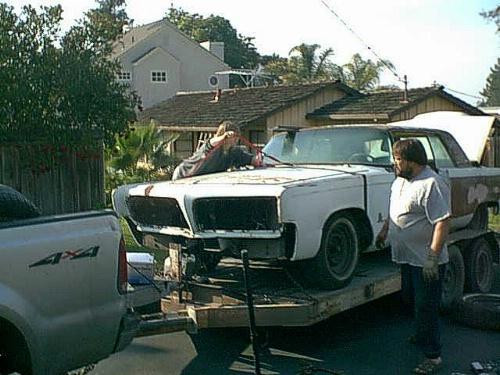 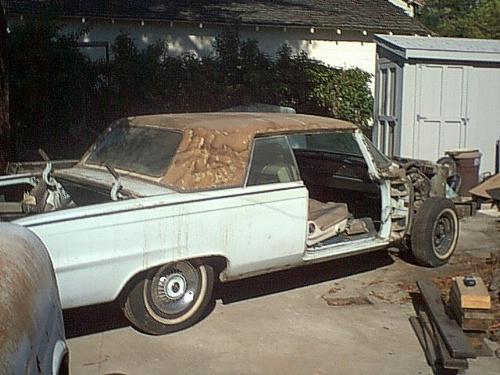 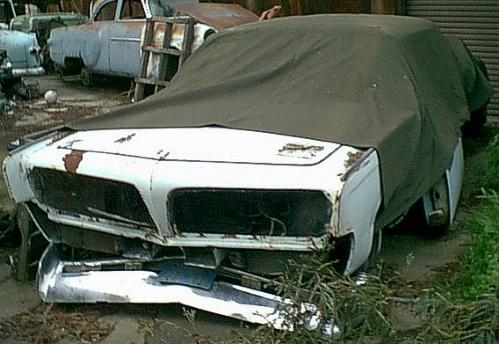 Item For Sale (this has been sold)
Price 690.00
Contact Don Pierson, Santa Cruz, CA for details